Welcome to Basavakalyan, the historic city. As you move around, you could observe the cultural, social, linguistic diversities. Kannada, Marathi, Hindi with Urdu influence is spoken as general language for communication by mass. Majority of the population is Hindu, though you find Muslim colonies in deep city. City is full of temples as well as mosques. There are a lot of places to see in this small city – Anubhava Mantapa, Basavakalyan lake, Basaveshwara Vana, Sadguru Sadanand Swami Math, Jama Masjid, Basaveshwara Temple, Adat (huge grain market), Irani style hotels etc.

I will start our journey with the Basavakalyan Fort. As you see the map, the fort is located pretty much out of the main city. This marvelous structure was built during the Chalukyan era. Later on it was under the Muslim (Nizam’s) rule, and so you could also see some muslim architecture being embedded. This mammoth is still standing strong and beautiful.

These are the pictures taken from outside the fort. I could not make into the fort, as it was a Monday (fort remains closed on mondays). But, I had been inside the fort for couple of times, and it makes you travel through the legend, into the golden days of this fort. Times when, kings marched into the fort, huge army with elephants and horses, swords and canons, wealth and prosperity, knowledge and art, dancers, musicians, beauticians were part of this building. You could still see the paintings, glass work, designs and carvings on the walls as you try to explore this masterpiece. You could also find Darwaza’s (Doors), Mahals, Cannons and artillery unit, Amphitheater, Gym and many more. Don’t forget to visit the museum inside the fort, which has immense collection of historic valuables and information.

Whenever you go to Basavakalyan, these are few other places which you might like to visit as well. As you get into Karnataka state after crossing the Maharashtra – Karnataka 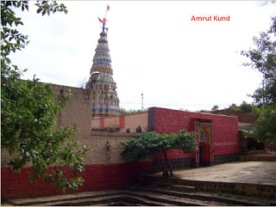 border, after 3 Kms you can see a hindu temple named “Amrut Kund” in outskirts of village, named Chandikapur on the highway। This is an ancient hindu temple, which has a very beautifully crafted architecture. This is a holly place which is worshipped by thousands of hindu devotees, which visit this kund from across Karnataka, Maharashtra, and Andhra Pradesh. Shiva Ling and Idol of Lord Ramlingeshwara, are placed in the core hall of this temple. You can find idols of Lord Shiva, Hanumana, Ganesha in the temple which were carved centuries ago. 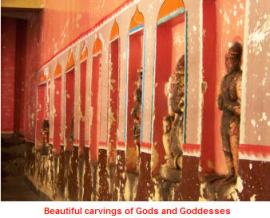 Am simply amazed by the geographic location of this temple. It’s actually situated in a small valley, which means there is no need to dig much for under-ground water. Apparently, this is the reason why you will also find a beautifully constructed bath place which is right in front of the temple, and the water level remains at constant height throughout the year. Simply superb! This temple is surrounded by lush, thick, green and cool trees and farms. This is the place to find peace of mind, at anytime of the year and anytime in your life.

The place called “Sita chi Nhani” or Marathi for Goddesses Sita’s Bath place, is situated in the out-skirts of the same village, Chandikapur. This place is on the highway as well, but since its in the outer area, you will need to ask someone for the exact location. This place

consists of caves carved thousands of years ago infront of a small pond, which is said to be the bath place. They say that this is the place, where Goddess Sita had halted for some time, during their journey back to Ayodhya from Lanka (now Sri Lanka), along with Lord Shree Rama and Lakshmana. This makes sense because, this place is geographically situated right on the path between Sri Lanka and Ayodhya in UP, India.

Going ahead in the journey, you can visit a nearby village named – “Umapur”. Its appx. 3 Kms from Chandikapur on the highway NH9. As you enter this small village, you could see two marvelous temples (Chalukyan style). 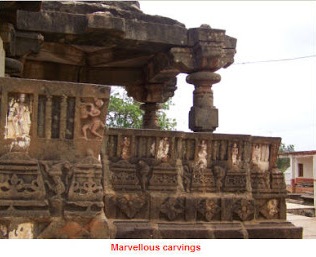 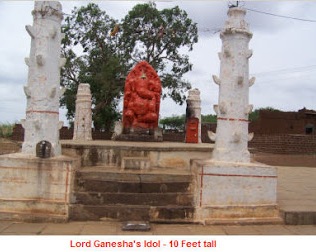 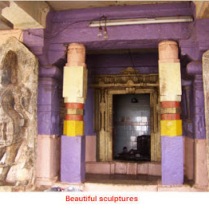 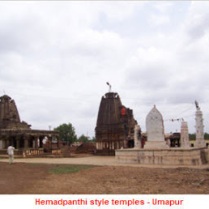 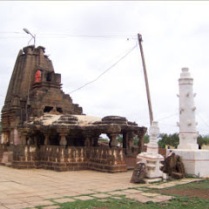 These temples must have been constructed during 8th – 10th Century (ref – it was mentioned on a board situated in the premises, which displayed information about this temple). The body of temple has exquisite designs and carvings. You see Carvings of Lord Shiva, Goddess Parvati, Lord Ganesha, Shiva Ling, NaraSimha and many many more. Animals like horses, elephants, snakes, bullocks, cows, lions, tigers etc also make the beauty grow. There is also an appx. 10 feet tall, Lord Ganesha’s idol inside the premises.

This entry was posted in TRAVEL. Bookmark the permalink.